Line-X is a brand that was 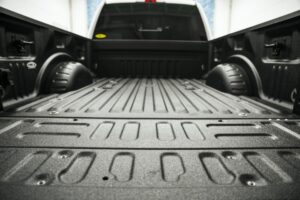 developed by Burtin Urethanes (BU) for use by their customers who were using a revolutionary sprayed-on plastic coating that BU produced. Its primary application was as a protective sprayed-on liner for pick-up truck beds. BU registered the Line-X brand and started licensing it to customers in 1997.

Legal restrictions on licensors made product quality management and collaborative marketing efforts legally prohibitive. The decision was made to franchise the company.

Scott Jewett joined as CEO in 2000 and received phantom-stock equity in the firm. Jewett’s goal was to convert the licensed distribution of approximately 180 locations into a franchise, accomplish a minimum $60 million valuation, and execute a sale of the company by 2005. The assumption was that a sale would fetch about 6 times EBIT upon exit, requiring that the company reach an EBIT of at least $10 million annually.

The financial performance of an average licensee indicated that Scott would need to grow the enterprise to at least 500 locations. Since this was believed to be a saturation level in the US, Scott planned on international expansion as part of the expansion. Consuming less than $200,000 in invested capital, he launched the franchise program in the year 2000 with an aggressive growth strategy: he implemented a structured CRM system, strong lead generation marketing, and a well-trained franchise sales team. 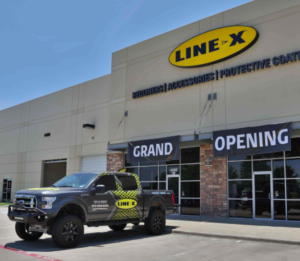 By 2005, annual revenue had eclipsed $45 million with a 10.3 million EBIT. Line-X had 547 franchisees in 23 countries. From 2001-2006, Line-X was on Entrepreneur’s Five Fastest Growing Franchise List and was listed as the 56th largest franchise in the world. Scott brought in Mayfair Partners as their investment bankers (the founder was a personal and professional friend of Scott’s). He developed the business plan and worked intimately on packaging the offering.

By early 2005, over a dozen potential acquirers were identified and contacted. Seven private equity groups made offers with the top offers at $60 million. A bidding war between three final firms ensued. The final winning bid was $92 million with a $5 million hold back. Graham Partners began due diligence in mid-2005 and the deal closed in August 2005. The capital structure was $38 million with $62 million in debt funding from solitary lender.

Scott invested $1 million in the new deal and continued as the CEO. After 18 months, Jewett resigned as CEO on good terms and sold his remaining shares back to Graham partners at their purchase value. Graham Partners went on to grow and diversify the brand and exited in 2015. They reportedly grew system wide sales from ~$160 million in 2005 to over $300 million at exit.

within 5 years of franchise launch

In running the Line-X, Scott started, grew and sold a franchise company in a short five years. The owners invested less than $200,000 in the franchise program and Jewett executed on the business plan with better-than-forecast results, making Line-X one of the world’s leading franchise brands.

See what we can do for your brand – contact us today.

Request a Consultation
Go to Top